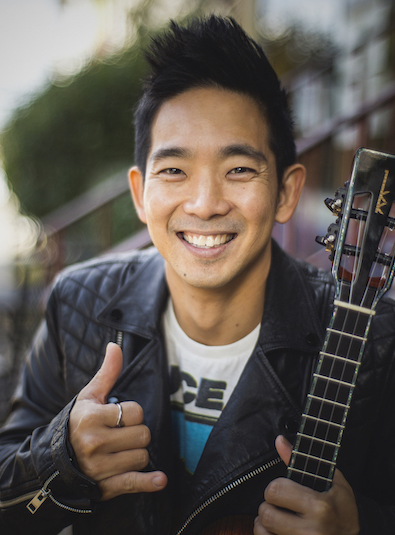 Every major artist has that one defining album or performance, but for ukulele master Jake Shimabukuro, his entire career has been filled with such magical achievements. Since he first came to the world’s attention with his deeply beautiful and original take on George Harrison’s “While My Guitar Gently Weeps” in a viral video that dominated YouTube in 2005, the Hawaiian born Shimabukuro has virtually reinvented the four-string instruments, causing many to call him “the Jimi Hendrix of the ukulele”.

There is a sense of discovery in his astonishing reinterpretations of songs such as The Beatles “Eleanor Rigby”, The Zombies’ psychedelic rock nugget “Time of the Season” and Leonard Cohen’s iconic hymn “Hallelujah”. “Mahalo John Wayne” is a flat-out stunner.

Shimabukuro’s playing has a wonderful quality to it – there’s an innocence, as if each phrase feels new to him.